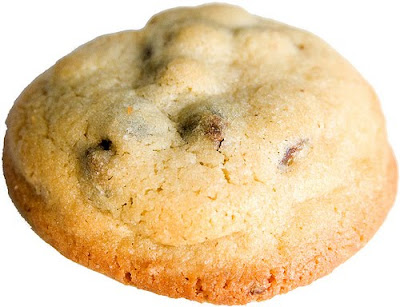 Our friend Lisa had us over to her house for a long weekend a few months ago, and she mentioned her friend in the West Village who had left corporate life behind and started making cookies to sell right from his kitchen. It was one of those classic NYC Urban Myths that you hear from time to time, but never happen to you, or anyone you know personally. You know.. that amazing story of a regular guy making it big!
The story stuck with me, but for some reason I remembered it as granola not cookies. Not sure why that happened...
Then a few weeks ago Lisa was in town and asked us to join her family and some friends for dinner. I arrived late because I had to work, and as soon as I did I was quickly introduced to a gentleman named Dan. P2 and Lisa very energetically said this is Dan, he makes cookies and I instantly remembered the story and said "oh, in the West Village, right?" With a quick "yes" from Lisa I started to bombard poor Dan with 1,000 questions.
Frequent readers of The Best Food Blog in The World will know that I have a cookie that I make and tried to have branded. With that said I wanted to know all about how he started and if he had any advice for me. He was very gracious, and we started to have a great conversation. Turns out he is the owner of the VERY popular Downtown Cookie Company!!

I have seen these cookies all over. Mostly at my neighborhood Joe The Art of Coffee. I was really interested in his story.
Seems that about 18 months ago Dan Guerrera like many of us was living day to day, just because that's what he had to do. His job was great, but wasn't really his passion. And like many of us, he kept trucking through it. Why not? The money was great and it was a comfortable life. In the meantime he was saving here and there in an attempt to one day be able to leave his current job and become his own boss. Again, why not?
Then, when the universe was tired of waiting for him, it took control. As we all know, 18 months ago the recession was in full effect, and Dan ended up out of a job.
That was not only a blessing for him, but for ALL of us!
He quickly decided that he was going to follow his heart. The voice that was telling him all along what he really should be doing.
He never found a cookie better than his mom's; so, he was going to bake and sell his mother's chocolate chip cookies!
He sent an email to all of his family and friends telling them they must buy cookies from him. And just as quick as that, the Downtown Cookie Company was born!
Since then they have been featured everywhere from 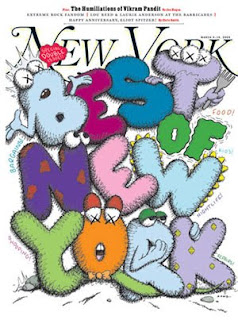 Time Out NY's critic picks for '09 to The Rachel Ray Show. My favorite is that they made it all the way to Japan!!
They were also listed as the #1 chocolate Chip Cookie in NYC by New York Magazine!! Which locally is know as the be all and end all. Once you are #1 in that magazine it is almost impossible to be beat!
Recently the kitchen Dan was using got too small to fill all the orders, and he finally had to get a full sized, industrial kitchen. If that doesn't say success I am not really sure what does.

To try Dan's cookies go to the website: http://downtowncookieco.com/ or call 646-486-3582. All orders are made to order, so that means your cookies are made just for you! There are NEVER any preservatives.

I think the most important lesson that I took away from meeting Dan was to follow your passion. He has offered to catch up with me and talk about my goals and dreams numerous times. He says he will never get tired of telling people how important it is to follow your heart and your passion. What better example is there out there? Dan makes no bones about the hard work he has had to put into making his dream come true, but he is quick to remind me that working hard for someone else's dream is never fun, and working to reach your own dream isn't really work at all.
Dan is no urban myth!
My suggestion is to get some of these cookies made for you, sit in a quiet room and think about your passion. Figure out if you're living your dream, and if not, figure out what you can do to make it happen! I'm an oatmeal raisin or ginger guy myself, but you should try them all and see which one goes best with your dreams!!

Anonymous said…
nice article. I would love to follow you on twitter. By the way, did you hear that some chinese hacker had hacked twitter yesterday again.
January 18, 2010 at 7:51 AM