Something is fishy with our fish! 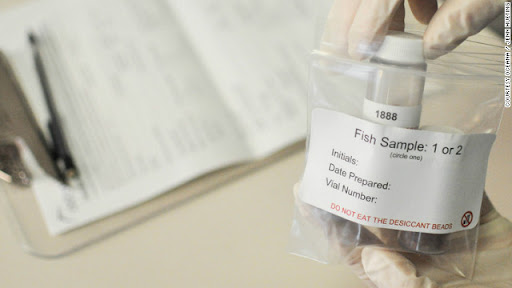 February 21st, 2013 03:02 AM ET Nationwide study casts a wide net over seafood fraud Mislabeled fish is flooding the marketplace and Americans may be swallowing it hook, line and sinker, according to a new study by an environmental activist group. A look at seafood sales across the country by ocean conservation group  Oceana found that roughly one third of the time, seafood sold at U.S. grocery stores, seafood markets, restaurants and sushi venues had been swapped for species that are cheaper, overfished, or risky to eat. Beth Lowell, campaign director for Oceana, told CNN that the study was conducted over the course of two years and encompassed retail outlets in major metropolitan areas across 21 states. Staff and supporters of the organization purchased 1,247 pieces of fish and submitted samples to a lab for DNA testing to determine if the species matched the in-store menu or label in accordance with  Food and Drug Administration naming guidelines . Out of t
Post a Comment
Read more
More posts